We will not share your contact information, nor use it for marketing purposes without your expressed prior consent.

Ensure you receive requested email updates by adding insights.us@us-isobar.com to your safe senders' list. You can unsubscribe at any time

We will not share your contact information, nor use it for marketing purposes without your expressed prior consent.

Ensure you receive requested email updates by adding insights.us@us-isobar.com to your safe senders' list. You can unsubscribe at any time

Leave Us a Message

Leave Us a Message

Thank you for scheduling a meeting with Melissa Dorko, Isobar US Chief Growth Officer. We will be in touch soon to confirm the details.

Thank you for scheduling a meeting. We will be in touch soon to confirm the details.

The New Technology Behind Kinect Opens Up Many Doors

Here at Roundarch we’ve been keeping an eye on Kinect (formerly code named Project Natal), the new controller-free gaming and […]

The New Technology Behind Kinect Opens Up Many Doors

Here at Roundarch we’ve been keeping an eye on Kinect (formerly code named Project Natal), the new controller-free gaming and entertainment system that will soon be available for use with Microsoft’s Xbox. The technology behind Kinect seems to be unlike anything we’ve ever experienced and we can’t help but think that it will affect many things beyond gaming.

If you’re not familiar, here’s a little bit of background:

In 2006, Nintendo released a new gaming console called the Wii and it changed the way we play games. As you”re all aware by now, the Wii uses a handheld controller that detects movement in three dimensions. The fact that the game player just holds the device while interacting with the on-screen game made the Wii a very intuitive and easy interface to grasp for people who don”t normally play video games. Thus the Wii reached a wider demographic of grandparents and moms and kids than other more “hardcore gaming” systems like the or Microsoft”s Xbox 360. This translated into record sales for Nintendo.

Fast forward to 2009. Sony and Microsoft are still trying to catch up to the Wii. Last year Sony announced an upcoming motion-sensing game controller platform for the Playstation 3. Sound familiar? uses a handheld motion wand as a device for game play. The game player moves around, while holding the wand, to interact with the game. It has been noted that the PlayStation Move”s movements are much more precise and accurate than the Wii”s, but nonetheless its main mode of input is still a motion-sensing wand. PlayStation Move will be available in North America in mid September. 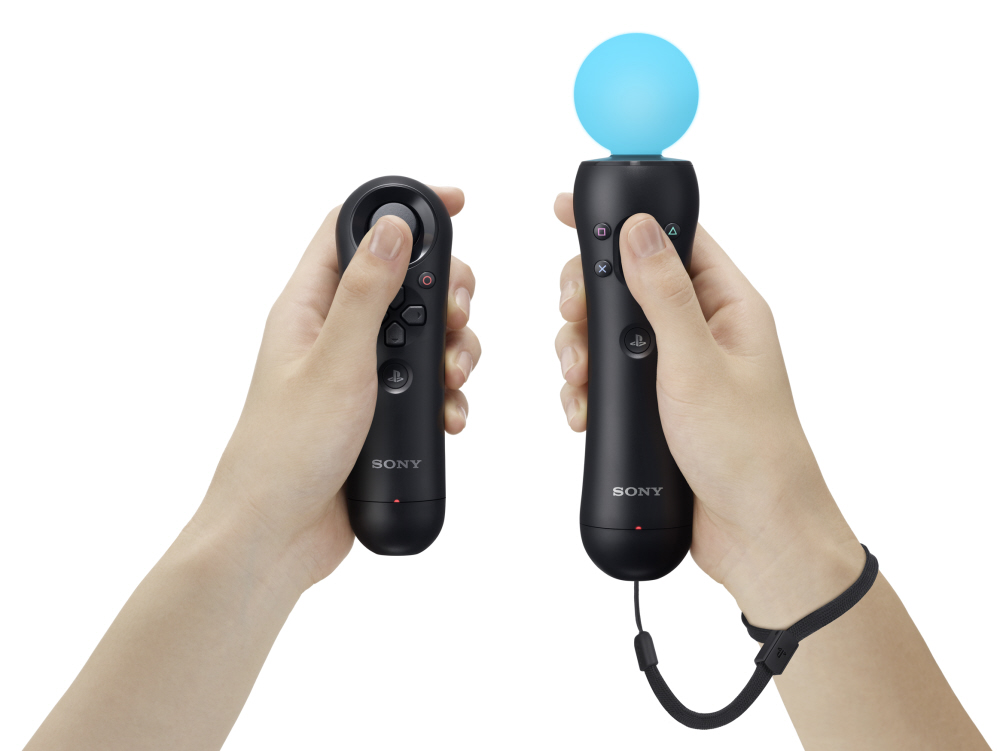 So, that leaves Microsoft. A safe bet would be to guess that they”d enter this market with an add-on to the Xbox bundled with some sort of motion-detecting controller or wand, in a similar fashion to Nintendo and Sony. But here”s where Microsoft has kicked it up a notch… or 10 notches. Microsoft Kinect is an add on to the Xbox, but there”s no motion sensing controllers to hold. You just move. That”s it.

Kinect does full-body motion capture with both vocal and facial recognition and there”s nothing to hold on to. No motion-sensing controller or wand. You just do it. Move your body and the system recognizes your actions. This picks up right where the Nintendo Wii left off. People who have never picked up a gaming controller in their lives instinctively know what to do. See a ball? Kick it. See a dancer? Follow the moves. In addition, Kinect also is a new interface for watching movies and TV, listening to music, and chatting with friends.

Check out this video of Kinect in action.

All of this is accomplished through one simple Xbox 360 add-on device, which has both an advanced camera and a microphone. Kinect will be available on November 4 and there will be 15 game titles at launch. The price has not been announced but estimates are at about $150.

So, what do you think? Is Kinect just a gimmick? Or is it a complete game changer (pun intended)? How could the technology Kinect is using influence our everyday lives?

To quote Steven Spielberg, “This is a pivotal moment that will carry with it a wave of change, the ripples of which will reach far beyond video games.” What changes do you think we’ll see in the future as a result of this new technology?

Will we no longer need 3 remotes to control our entertainment center? Maybe everything is voice-activated. Moving beyond the television, do you see a future where we can control many kitchen appliances, our stereos, heating and cooling controls, and home security systems with voice and face-recognition and gestures? How about business presentations? Making a swipe motion to go to the next slide would be pretty cool. Or, what if we could virtually whiteboard while collaborating with remote offices? What if our cell phones had motion sensors? We can imagine a world where the cell phone detects sign language and translates it to text or audio. What if the military could practice field operations at home before going on a mission? Finally, think of all the implications in the retail and advertising space. You could “try on” clothing from the comfort of your home using a virtual replication of yourself on your television and an online catalog from your favorite clothing store. Maybe waiting for the bus isn’t so boring when all of the advertising on the bus stop is interactive. The possibilities seem limitless.

Our newsletter will help you stay updated on the latest isobar innovators.